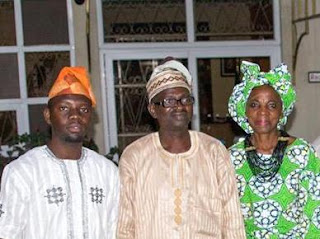 Yoruba Lakotun, a quarterly audience participatory programme that brings people from all walks of life to a cultural ambiance happened again last weekend at the Ethnic Heritage Centre, Ikoyi. The programme was dedicated to the new Ooni of Ife, His Imperial Majesty, Oba Adeyeye Enitan Ogunwusi, Ojaja II.
Welcoming participants to the programme, Olutayo Irantiola, host, made it known that the programme is a way of promoting Yoruba literacy in diverse forms such as poetry, music, creative writing and other arts that would continually showcase the beauty entrenched in the language.
According to him, ‘Yoruba have a great heritage that must be passed down to the next generation. We should not make Yoruba language and other Nigerian languages second-languages despite being resident at the crux of these languages. 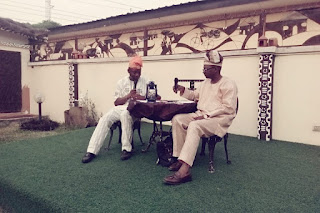 The special guest of the day, Taiwo Olunlade, Associate Professor of Yoruba Studies at the Lagos State University, stressed the need to embrace our language and its inherent beauty because that is the only way in which we can export it to other nations.
In his words, ‘there are about fifty universities in the United States where different certificate programmes are awarded in African languages. We have to ensure that we give our best to understanding our languages.’
He also dismissed the insinuation that Yoruba language studies is fetish in nature, he made people understand that all areas of language studies in English language is also in Yoruba language. He read from his anthology of poetry titled, ‘Ewi Igbalode’. 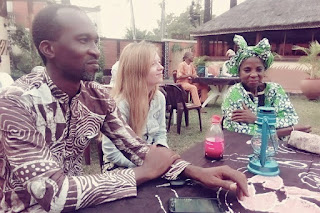 Rebecca Jones, a post-doctoral research fellow from the University of Brimingham who had come to Nigeria on a study tour was part of the event. She was excited seeing people sitting, learning and conversing in Yoruba language from different genres of arts. This experience, according to her, has enriched her vocabulary of the language.
Music was done by Ire, a folklorist and comedy by Lawrence Aninye popularly called MCLaw, who hails from Delta State in Yoruba language. There were a lot of people drawn from corporate and social Nigeria, who showed their support for the sustenance of our cultural heritage. 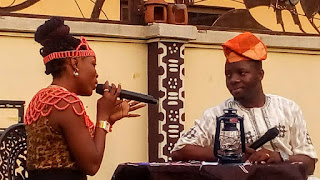 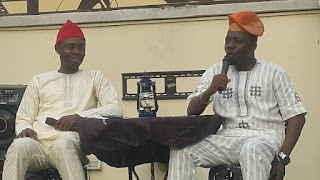