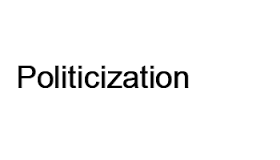 As democracy keeps getting entrenched into the psyche of Nigerians; the peculiarities of the environment have become obvious every four years or at the change of an administration. The local dictum, ‘soldier go, soldier come; barrack remains’ is fast becoming a farce. The civil service has become vulnerable to the antics of governance.
Human beings are all political animals, as said by political scientists. Politics is played at all spheres of life- in the family, career and the large political structure of the society. As such, politics is as ancient as man. Many form of political leadership has been seen in our country; we have had parliamentary system of government, military form of government and we are currently in the democratic form of government. During the days of the military, decrees were issued; anyone who dares to challenge decrees pays dearly for such act. The exertion of force should have gone with the military form of government but it is evident in recent past. Although, one will not be assert that the incursion of past military leaders in this democratic dispensation could have accounted for the use of force in the leadership of the country.
The civil service ought to be non-partisan for politics; even for those who are politically inclined in the civil service either resign their appointment to pursue a political office or increase their influence in the lawful labour unions and associations. However, one of the greatest hurdles for any politician in the country is the civil service who contribute significantly to electoral polls. Some of the things that inform the decision of these civil servants include the influence of political analysts amongst them; the track record of the candidate and the ‘suffering’ from the hands of the current dispensation which is majorly salary related.
The civil service has suffered tremendously in the hands of the politicians in recent years. The top echelon of the civil service is no longer by promotion but by appointment. This inversely has placed a peg on the level on which people can rise to in their career span. The current administration in Nigeria had Permanent Secretaries who led the various ministries for about four months before the appointment of ministers. This shows that there are capable people who can man this area of administration but technocrats and political loyalties are rewarded by these appointments.
These technocrats and political supporters appointed into government offices are not as savvy as the civil servants. As noted, many of these appointees depend largely on the guidance of the most senior officer in that ministry. The lagging behind of the civil service in Nigeria can be attributed to this because most times, the ‘technocrats’ run aground many of the processes, procedures and policies of government. There had been numerous appeals by government tertiary institutions where they insist that they want someone who is a member of staff of the institution; someone who understands the ‘system.’ Experience is vital to governing appropriately.
The political ‘coup’ against those appointed by previous administration by sacking them worsens the situation. This has made everyone extra conscious of his pocket from the day of being sworn into office. There is no effective reform that can take place in any sector if leaders keep being thrown out of office at the slightest opportunity by political opponents. This has gone to the extreme in recent times when educational institutions are also involved in the sacking and not based on the completion of tenure.
The civil service is also suffering because of the weak labour laws as government now hire and fire at will. The politics of bitterness is equally selective; some civil servants get fired for flimsy reasons such as associating with the previous administration. We are human beings meant to interact. Nonetheless, the person who gave the information to the incumbent government is also a part of the civil servant. For how long would governing be based on firing civil servants? This trend has led to court cases against the government; this is also an unnecessary clog in the wheel of administering.
In order to build a society that is void of ill-feelings; new administrations can do a screening to ascertain the competence of the civil servants to know if they lead these ministries as ministers. Also appointees should be screened to know it the person can adequately lead the institution; then those that their tenures are about to end should be left to complete their term. ‘A new broom sweeps clean’ so they say, but there can be other ways of running an efficient government with a blend of old and new appointees. The civil service would continue to have leadership crisis with frivolous and frequent changes.
(c)Olutayo IRAN-TIOLA, Lagos, Nigeria