January 12, 2016 by Peodavies_office
0
The story of Abigail is not a long one in the Bible; her marriage to Nabal was discussed in a chapter but ironically, the story has a greater import for our generation today. Marriage is quite a simplex journey; so simple yet very complex. Men would want to retain being the head without considering the standpoint of his helpmeet. This story will help us to know that both men and women have a fundamental role to play in the success of their individual lives, marriage, career and most importantly, the lesson that is passed to the next generation like we are learning from the relationship of Nabal and Abigail.
Nabal was a rich man in his own days. Nevertheless, he is a very tight-fisted person; there was a time when his herdsmen were protected by David and his men. Later on, David wanted Nabal to help him out when he and his men were hungry but Nabal refused to assist them; this got David agitated and he wanted to launch an attack on his household. This teaches us that to avert attacks; men must learn to be generous. Remember, Abraham’s generosity made him entertain angels without knowing.
Nabal loved parties. When Abigail sneaked out of the house to appease to David; she returned to find her husband partying. He was so engrossed till he became drunk vs 36. Many times, when men have wads of money on them; they usually use it wrongly most especially on parties; women and drinks. Remember, Proverbs 20:1 ‘Wine is a mocker, strong drink is raging and whosoever is deceived thereby is not wise.’
Nabal is from a good background. It is a good thing to assess the type of background your spouse is coming from but this is does not totally guarantee that he would be a worthy ambassador of the family. Nabal is from the lineage of Caleb, who is remembered for doing exploits with Joshua. As a man, are you truly going to represent the interest of your family well? It would deter others from knowing the Lord, Jesus.
Nabal had a bad end. He died without having a change of heart. Nabal died leaving all his investment and labour to nobody; he died and the world continued; he died losing his ‘treasure of inestimable value’ to become another man’s wife; he died young; he died untimely; he died without repentance. You still have an opportunity to change if you repent.
Who is Abigail? She is a very beautiful, understanding and calm woman who was able to manage her husband despite his shortcomings. There are many women who would have filed a divorce; engaged in adultery and many more unruly lifestyle. It is usually astonishing seeing opposites attract, the lesson here is that one should learn how to manage one’s spouse.
Abigail was privy to the information of Nabal’s refusal to provide for David and his men cum David intention of fighting the household of Nabal, because she had a good relationship with the staff of her household. Her lifestyle attracted information about the looming danger. There are many women who have the opportunity of correcting the mistakes of their spouses but they do more harm to the staff.
She is a hospitable woman; she acted swiftly by making provision for David and his men; risked her life to intercept him on his way; appealed to him by speaking softly; rightly and humbly. The error of her husband was corrected with her response. David was appeased that he hearkened unto her advice; received her gift and told her to return home.
She knows the right time to advise Nabal. Imagine a married woman who was not previously informed about a party by his husband. The party even started before she knew; she would disrupt the event but she did not do such; she exercised patience till the event was over and her husband had no hangover to tell him of what would have happened to their household.
After Nabal’s death; the virtues in Abigail made David sought to marry her. Her deeds positioned her as a woman that befits a King and she eventually got to be one of his wives.
Brethren, men of today have silenced this Abigail who has great virtues that can support them to be greater in life; I intentionally used the word greater because they are already great but the companies they keep reduce them over the years till they become hardened till death!
Do not silence the Abigail God has placed in your care. If you silence her, you might not reap the good fruits deposited in her by God for the union to thrive. Remember, Two are better than one; because they have a good reward for their labour. For if they fall, the one will lift up his fellow: but woe to him that is alone when he falleth; for he hath not another to help him up. Ecclesiastes 4:9-10
We all have different forms of Abigail! Your Abigail could be your spouse, your children, your siblings, your students, your associates, your followers, your disciples, your colleagues and others. We would be accountable to God about how we handled all of these relationships.
There are many ways of silencing your Abigail: battering, ignoring, not seeking or listening to her advice or consent, embarrassing her, shutting her up, partying and alcoholism and many more! Another the great crime against her is when her dream is not supported and not allowing her to take initiative on meagre things. These are some of what leads to being married but living single. Our ego as men should even make us responsive and not repulsive. The weaknesses of one’s spouse should be covered by the strength of the other.
May God help us! 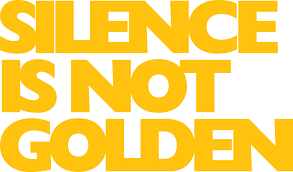