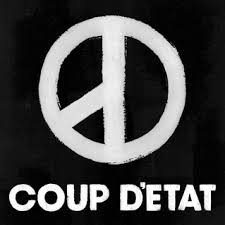 Two major events in Nigeria occurred on the same day in different years. Unfortunately, the build up from 1966 continued in ethnic reprisal till 1970. However, the experience between 1967 and 1970 cannot be easily wiped out of the memories of our dear country.
This year, the first coup d’état in the history of Nigeria, is five decades old. The first coup d’état claimed the lives of promising Nigerians who were part of the quest for independence and equally the first set of political leaders in the country. The coup led by Major Kaduna Chukwuma Nzeogwu claimed the lives of Sir Abubakar Tafawa Balewa, Chief Fetus Okotie-Eboh, Sir Ahmadu Bello, and Chief Samuel Ladoke Akintola. Military officers such as Brigadier General Samuel Adesujo Ademulegun, Brigadier General Zakariya Maimalari, Col Kur Mohammed, Col Shodeinde and Lieutenant Col Abogo Largema were murdered. This was the beginning of ethnic uprising in the nascent independent nation.

This first action led to more bloodshed in the nation in quick succession till it culminated in the civil war which ended the same day the quest for the soul of this nation between the military and the civilians. It is such a coincidence that cannot be easily forgotten by both the families of the first set of civilian leaders in Nigeria and the military who gave up their lives in the cause of developing and defending their fatherland respectively.

It is a known fact that there is no cenotaph for the civilians while that of the military exists; there should be a national way of visibly appreciating these people who did all within their reach to ensure that Nigeria existed corporately until they were labelled corrupt and their lives were demanded of them leaving their children to being fatherless or orphans as the case maybe. Assuredly, many of my contemporaries who know the age in which many of these people assume leadership roles do not talk about the age in which they died in this nationalist struggle.
Asides naming streets in major cities in Nigeria and national monuments; there is a need for the states to evaluate how these men are being mentioned on the pages of history. Regrettably, history is not taught in our schools to make people appreciate what happened in 1966. The families alone must not be left to tell their stories alone like the children of Chief Festus Okotie-Eboh who just released a book in memory of their father. It is supposed to be what the state and federal government should support.
There are clamour for the liberalization of Biafra from Nigeria, at the moment. It is obvious that the ember of the flame of separation is yet to come to an end. The idea of ‘domination’ is what every ethnic group has been striving to quell since independence and it has become a reoccurring decimal in the history of our country coming in different shades such as religious riots, inter-tribal clashes and insurgency.
The military had an upper hand over civilians because they ruled this nation for many years but since the nation has returned to civilian rule; we should equally give prominence to the civilians that lost their lives in between 1966 and 1970. At this auspicious moment, is the nation remembering these ‘civilian’ heroes whose lives were demanded of them in order to move the ‘nation’ forward. 1966 was before 1970 and this date has to be treated differently and distinctly; if need be different events should be held in memory of both years separately most especially now that we are in a democratic reign.
Conclusively, there is also another lesson that is pertinent for people who cannot control themselves in the quest for material things; the world owns you just six feet at death. Either gruesomely murdered or passed on peacefully while sleeping; one would die and the final entitlement is a six-foot grave in any cemetery in the world. One might not be able to determine the person who would enjoy your accumulated wealth.
E s’aye re!
(c)Olutayo IRAN-TIOLA, Lagos, Nigeria