September 10, 2014 by Peodavies_office
0
September 11 is a significant day in the history of the world: we celebrate the remembrance of the WORLD TRADE CENTER, in the Christian world, Rev. Kenneth Hagin died also this date some years after the WTC event, in Nigeria: it was the end of a national ritual as some completed their National Youth Service Corps Scheme but to us, it has got a new meaning: Abigael Jolaade Ewekeye nee Ojeleye said goodbye as she journeyed to a land of no return. 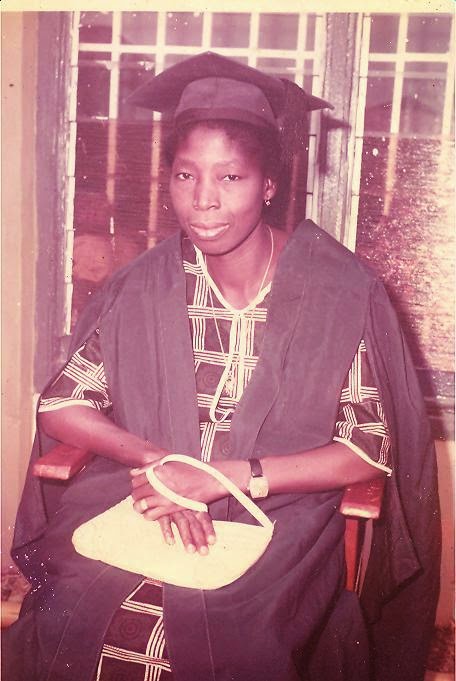 When she set out for Ibadan on the 26th of July 2008 if a soothsayer told her Ibadan is such a far place, she would not have believed. Her idea would be let me do some things and return home as soon as possible but today the home has been translated into the great beyond.

I bled when I saw her on Monday prior to her death, not knowing that would be the last. I was with three of her sons, three of her brothers and hat chat with another three: two jovial nurses trying to ease the tension and a medical student who came to visit her. We summoned courage to eat, talk and stay around her, hoping for her quick recovery. I wondered,“is this our jovial mother?” one of the best one could think of! She could not speak to anybody! She was on blood and oxygen! Ready to bid the world goodbye, medicine tried but here we are.
What would be the cause? She has been singing and dancing Igwe lately as recorded on Femi’s phone, she had started walking with the aid of a walker. Expectations were high! We had hoped against hope, we were counting dates to her discharge. Until it nose-dived! Would it be she thought of Tolu’s changing status in the next few days? Who would answer? But she left to everybody’s chagrin. Such an incredible thing.
I am glad we have a mother, who wrote her name in the history of the Lydia, we celebrate her today because she was part of the Women Missionary Union of the Oyo West Baptist Conference, she was a part of the history of the Baptist Hospital, Oyo. Although we mourn, she did not wait to see us become great but her prayers will continue to work out our future!
Good-bye forever till we see at the feet of Jesus!