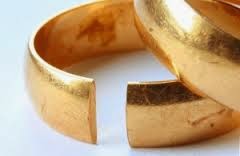 Ndewo,
I have not abandoned my Igbo friends because I am still on the same discourse. I just said “Hello” in Igboland, South-Southern part of Nigeria. I started a discussion on seperation and determination last week and I am dwelling on the topic for this week too. May I ask, “I hope I have offended you through this particular title.
There are stories of children who grew up with single parents who demand to see the other parent at a point in time in life. Also, there are many men who married another woman for flippant reasons and they paid dearly for it at old age when they are neglected by children of both women.
Marital separation has no other definition other than leaving a marital union for reasons best known
to both parties.  I would not want to dwell on it because the definition is broad and well known to any grown up person anywhere in the world.
Marital determination is the reason for separated people to return to their first love after days, months, years and in fact, some would have had children out of that union. Marital determination is what keeps partners together after outgrowing the “threats” of their union. Marital determination lead couples to seek help from experienced couples who can mentor them to marital success.
Largely, the children would have paid greatly for sins they know nothing. Marital separation is similar to the sickle cell anemia scourge for the children.  There is hardly a union without its threat but the way in which it is handled makes or mars the marriage. The lessons might last beyond a generation and it could lead to a total breakdown of a great lineage. Social vices have thrived greatly from separations and not just from unwanted pregnancies.
Fathers reap the fruits of abandonment at old age while mothers harvest verbal verbose from their children. What is the gain of not being determined to keep marriage sancrosanct? There are lots of books that can help you; there are lots of couples that can guide you. It is not a journey that you are the first person to ply.
May we be great examples to upcoming generations.
Stay loving.
Regards,
Olutayo
(c)Olutayo IRAN-TIOLA, Lagos, Nigeria