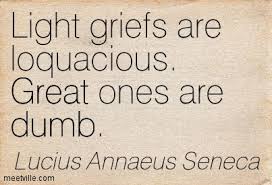 Wayam,
That’s “Welcome” in Bachama (Bwatiye), southern part of Adamawa State. Welcome to the part two of our previous discussion. Like the tagline of Versus Series…biangular existence of life. Let’s view it from another perspective today.
As a young leader, I have discovered that many leaders do not want to be appraised, they prefer to be the lead discussant, the key panelist and the most knowledgeable all fields of human endeavour. As such, they produce two sets of followers- laconic and loquacious followers.
The laconic follower is the person that has “shut” himself up because of the nature of the leader that he has. This follower would seem very loyal but he is on the look out for two things- an opportunity to jump ship permanently or another locale where he would be able to unwind and show his true self. In fact, they watch their Bosses failing without uttering a word.
The loquacious follower is a sycophant- who is either dogmatic about his followership or does not have an understanding of the right things to do. Many times, these people are gullible in nature and less savvy in their dealings on crucial subject matters.
Where is this discussion heading to? The leader that does not accept correction and categorizes some people as antagonist would definitely not have great success because the noise of the sycophants would deafen him from hearing the truth that would aid in his development.
What type of followers are you raising as a leader? Would you gladly say, “be ye followers of me” in words and deeds because you know those who will tell you the frank truth no matter whose ox is gored.
Cheers!
Olutayo