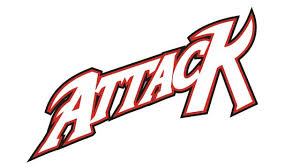 The Yoruba boy in me will often emerge. I have no option but to say ‘Good Morning while prostrating’!  I consider my language an asset, at this time, now that the spotlight is now on Africa and her languages. Be that as it may, let’s learn from the worldview of the Yoruba today. Welcome to a new week, its a wet Monday morning in Lagos.
In some corporate organizations in Nigeria, it is a company policy not to allow couples to work within the company. It is understandable because it would be easy to perpetrate fraud. However, there are some couple who work in the same big organization without the knowledge of the management. The lady thereby retains her maiden name after a ‘secret’ marriage. One of the ‘assumed allies’ of the lady sold her out to her line manager hysterically. She called her the surname of the guy mentioning his vivid details. This reinforces a Yoruba saying, ‘B’íkú ilé kò bá pani,t’òde kòlè pani’ meaning if the household (enemy) does not kill one; an external (enemy) would not be able to penetrate.
Internal Entrust are the people that one believes they are one’s allies and you can narrate everything about one at every point in time. However, these are the set of people that can easily be your ‘Judas’ because they have all your information at their disposal; they can easily be your ‘Delilah’ who can be used to obtain great information from you and they can also be ‘spy’ who wants to evaluate you for further action.
External Attack is a response to the information gathered from the internal people that you have entrusted your life and secret to. The causes of many job losses are based on tip off by colleagues! Many times, we sell ourselves out cheaply and we pay dearly for it. However, there are times when external attacks could be as a result of sin or that the glory of God to be unveiled.
Men are built for relationships but know this for sure that you are the only person that can help yourself against internal entrust or external attacks. If you do not set limit; your information can turn around to inhibit you!
As small as your tongue is, it can set a forest on fire. James 3:5.
Have an attack free week.
Cheers!
Olu
(c)Olutayo IRAN-TIOLA, Lagos, Nigeria