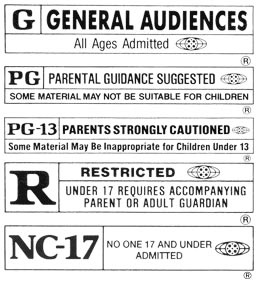 Tubara,
As a true Nigerian, I have coming in the similitude of an Ijaw man, I just said ‘hello’. Hope it has been a great weekend? Hope the zeal to make great success is still burning in you for 2016? Let’s not get tired from the first quarter of the year. Arise… for the journey is too great. We would make good success if only we do not desist from pursuing our dreams and visions. I appreciate everyone who has supported us thus far, this is the 101st edition of Versus Series.
Gone are the days when satellite television was exclusive to the elite; everyone has a form of digital television now. When movies are to be showed; the rating of the movie is shown; some reads ‘viewers’ discretion is advised’. As a little digression, people in Lagos, especially, have little or no time (an assertion subscribed to by many); the endless chase for money makes children gain ‘independence’ early. To further compound, the issue, parents take these positions at different times in life’ these are the child is young and naive. Also, the child is now old enough to use his or her discretion. This independence now determines if the race would race according to ‘juvenile delinquency’ or parental or elderly guidance.
Adolescence is the scariest phase of life. It is time when the blank ‘slate’ on the heart of children finally gets engaged through ‘positive writing or negative writing.’ This writing is dependent on the types of association they keep; the type of independence they are given and the type of parents they have. There are many children who took up ‘terrible’ habits while in secondary school while those who could not muster the courage get to tertiary institution to show their stunts. Adolescents do not need total independence.
Parental guidance is the delicate work of parents and guidance to nurture their children. Unfortunately, most parents are experts in correcting other people’s children while they leave their children to ‘rot’.  Parental guidance becomes effective when these children have imbibed the teachings of their parents; know the stand of their parents and can determine the response of their parents to whatever they do. There is a mode of reasoning by many people of my generation, ‘What Would Mummy Say?’ Not basically because they have made us fearful but because we see ourselves as worthy ambassadors.
There is a saying; it is better to train boys than to mend men! I remember greatly disciplined parents who would stand their feet and tell their children to the face, ‘If I still pay your bills or if you still stay in my house; then you cannot do that’. This is the turning point for many children. Parents should keep their stamp of authority till the child is finally independent and the good guidance which is equally good training is instilled into that child.
Make a choice either you want to battle with delinquent children later in life or you want to be parents of well trained children.
Enjoy your week!
Cheers!
Olu
Note: To know more about the film rating in Nigeria, read more on this Click here
You can share this article on various social media platform. However, the credit and copyright remains that of Olutayo IRANTIOLA
(c)Olutayo IRAN-TIOLA, Lagos, Nigeria