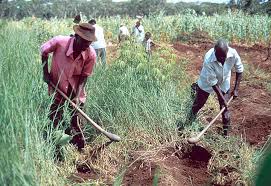 Some decades ago, the Agatus were prominent in the South West, Nigeria as seasoned farmers who heap big ridges and also have good seedlings that guarantees great harvest of yams. The ability of this agrarian tribe and other tribes in Benue state, Idoma and Tiv, earned their home state, a title “Food Basket of the Nation”.
These renowned tribes who are producers of food are now at the season of harvesting death from the Fulani nomads in their homeland. Many lives have been lost; many people have been rendered homeless without knowing their fate.
There has been many tussle between the Fulani nomads and farmers in different parts of Nigeria. This is primarily as a result of the destruction of the farms by the cattle of the Fulani because the cattle graze on the plantations.
The inability of the Benue state government to effectively put measures in place has led to series of attacks and reprisal attacks have resulted in rivers of blood that continue to flow unabated. Despite the intervention of leaders of the warring ethnic groups, the crisis, which has already claimed the lives of over 400 men, women and children, has resulted in the destruction of properties worth millions of naira.
Reports of many Agatus being hacked to death in their farms, pregnant women being killed by the Fulani fighters, and the killing of livestock, women and Fulani children by the Agatu fighters are illustrating the bloodshed between the neighbours. Hundreds of Agatus fleeing their homes that were raised and destroyed. The Fulanis are also abandoning their place of residence, that have turned into a battlefield, to seek cover and peaceful abode in nearby Bagana, a community situated in Omala LGA of Kogi state.

The silence of the Nigerian Government about all that is happening in Benue State made people react swiftly at the President’s diplomatic commiseration with Belgium at the wake of the terror attack last week. The situation needs to be looked into before it further degenerates into another conflagration that requires military incursions.