Versus Series
October 19, 2016 by Peodavies_office
0
Nafmin,
I travelled down from Bokkos Local Government area of Plateau State, Nigeria and I just said ‘My people’ in Kulere language. Hope your week has been great thus far?
In this pervasive world where we live. There are many clergymen that had been accused of committing heinous crimes against humanity most especially their congregation. This has caused people of other faiths to speak ill about them, their ministries and their faith.
In another vein, people who have written against a political administration, they get baited and eventually get entangled in some administrative mess at a later time usually mar their reputation for life. Let’s think together about ethical words and contradictory actions. 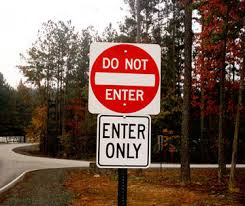 Ethical words are sayings that condemns a particular act; educate and encourage people to stick to the right lifestyle or admonish them to desist from doing what is totally wrong. Those who are usually guilty of this are influential people in the society ranging from religious leaders, celebrities, writers and other vocal people.

Contradictory actions are secret deeds that are against the ethical words that have been preached. Interestingly, people hardly forget these ethical words that have been said in the past; as such, one’s words becomes a trap that catches one.
Contradictory actions have made people to lose their respect and voice because their lives does not match their words. Brands have cancelled brand endorsement of celebrities for such things. Some people have committed suicide in other to cover up the shame of behaving contrary to their saying.
It is honourable to make ‘our yes, yes and our nay, nay’. It is a simple maxim that reflects integrity.
Cheers!
Olutayo
(c)Olutayo IRAN-TIOLA, Lagos, Nigeria