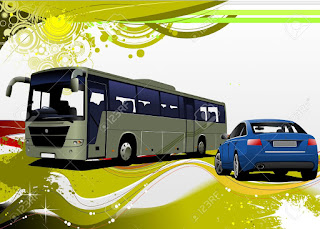 Mutane,
‘People’ that is my greetings today in Hausa language. Hope it has been a great day thus far? Most especially at this time, for those in Nigeria, when there is fuel scarcity! It has been a great challenge commuting from one place to another. Imagine, Third Mainland Bridge has been free lately because many people have stopped driving. Hopefully, traffic will return next week when the scarcity is over.
Have you ever noticed the difference in the driving of a bus driver and a car driver in Lagos? You will be amazed at the roughness and the carefulness of both drivers. Let’s think together as we draw some inferences on both driving styles.
The Bus driver, In Lagos, is usually not the owner of the bus; he would be so rough, driving on kerbs and all available space. The bus driver does not care whose ox is gored. The driver sees himself as the Lord of the road. Unfortunately, he is also a target for the police because he does a compulsory ‘Corporate Social Responsibility’ by giving the police a free ride and he still get beaten when he comes up when he wants to exhibit his stubbornness to law enforcement officers. Some of the  advantages of a bus are it does have does not have ‘trunk’ like car as such; the drivers see all that is ahead  Permit me to add, he is usually considered a tout because of his conduct.
A Car driver is in two categories: owner and paid drivers. They are so usually careful so as not incur any cost while driving on the road. However, they still become victims of these bus drivers. I assume that life is likely to be better on Lagos roads with only car drivers. A car driver can drive faster than a bus driver; however many cars get damaged on Nigerian roads equally. A car driver does not enjoy some freedom on the road because of the law enforcement agents. Due to the long trunks of cars, a driver might run easily into ditches as he might have limited purview of what is by him.
What is the crux of today’s discussion? Regardless of the terrain where you operate; you need to be a responsible citizen and netizen. There are many people that become ruffians despite being from a well-trained background; they need to change. Do not assume that you will stick to just a craft neither should you ridicule a craft; you can handle one or more excellently- people drive automatic and manual cars while some drive all manner of vehicles.
Lastly, whatever you do, kindly ensure that you put others into consideration for that is the way to live right in this age and time.
Cheers
Olu
(c)Olutayo IRAN-TIOLA, Lagos, Nigeria