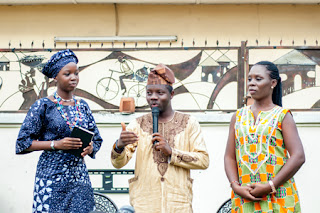 Yoruba parents have been accused of creating a gap between their children and their roots through the systematic neglect of the language. This was unveiled at Yoruba Lakotun, a quarterly cultural programme at Ethnic Heritage Centre, Ikoyi.
Mr Ayoade Okedokun, author of Ika Abamo, Omo Elede and other books in Yoruba and English languages, said, ‘there are certain words that cannot be translated into Yoruba language because it has no equivalent in English and vice versa. He explained that Yoruba parents have mixed up the role of the school and that of the home. 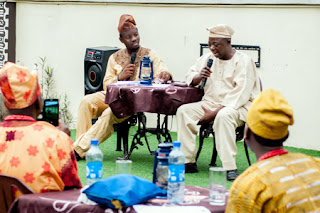 In his words, ‘the payment made in the school is to teach the children English language; while the children should learn Yoruba language from their parents and immediate community. Unfortunately, many people muddled up these roles which are distinctly separate. Parents should both cooperate to ensure that their children understand the language; children should not be separated from their roots.’
Similarly, Ms Adebunmi Adeniran, Chief Executive of Nailangs, a virtual keyboard that can type 12 Nigerian languages with the tonal marks, expressed shock at the rate in which Yoruba make their children speak English compulsorily when Yorubas in the Diaspora are keen about making their children understand the language.
In her words, ‘our mother tongue needs to be a reference point many generations to come and we have to ensure that it is preserved with the use of technology and also orally as passed down from one generation to another. 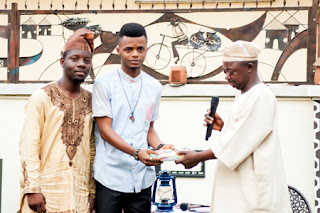 Adesewa Oyinkansola, student of Yaba College of Technology Secondary School, performed two poems in Yoruba language to the delight of the audience who applauded her for her dexterity in performing in English and Yoruba language. According to her, ‘I challenged my Mum that I do not want to be a stranger to my culture. My Mum agreed and today, I prefer to read my Yoruba Bible and wear Yoruba clothes.’
The programme was dedicated to Benin Republic, a country where Yoruba language has just been adopted as the second language. Although, there is a slight variation of their Yoruba with that those at the core of the language but it is a right step in the right direction. Everyone is calling upon the Nigerian Government to emulate this idea rather than making International languages compulsory at the expense of Nigerian languages at all levels of learning.
–END–
NOTE TO THE PRESS:
ABOUT YORUBA LAKOTUN:
It is a quarterly live audience participatory programme where different creative arts are done and an interview session with a writer. The host is Olutayo Irantiola
ABOUT ETHNIC HERITAGE CENTRE:
Ethnic Heritage Centre is located at 35A, Raymond Njoku Street off Awolowo Road, Ikoyi, Lagos. The centre is a foremost learning centre for the learning of Yoruba, Igbo, Hausa and French thereby exposing them to the cultural elements surrounding those languages thereby promoting and preserving our cultural heritage. This is achieved through a modern, creative and innovative method of learning.
Their programmes are flexible enough to accommodate Nigerian residents and those who are on short visits to Nigeria that may want to have a better understanding of the Nigerian people and their cultures. The centre also has a library stocked with books in all the languages for everyone. The centre also has a gift shop called ‘Kasuwa’ which means Market in Hausa where different creative works can be purchased.
FOR PRESS ENQUIRIES-
Send an e-mail to yorubalakotun@gmail.comor call 07062021341, 08064294834
(c)Olutayo IRAN-TIOLA, Lagos, Nigeria