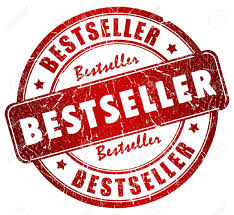 Mhoro,
I have been hibernating for some weeks now; however before I go into today’s discourse, I’ve come to you in Shona language of Zimbabwe; that’s how far I can go to bring you greetings, ‘Mhoro’ means ‘hi’.
Today’s title is just metaphor of any creative endeavour. Many people from the South-West of Nigeria know about Pa Fatai Olagunju popularly called Fatai Rolling Dollar, the ‘Won kere si number wa’ Crooner. He was born in 1927 and he died in 2013. However, he trained the maestro like Ebenezer Obey and Orlando Owoh. He went into obscurity for some years before he came back to limelight and he remained in the spotlight till the end of his life. Let’s us think together of writing versus bestseller.
Writing, singing, acting, painting and other acts of creativity are done with a lot of perspiration and zeal for whichever genre one loves to do. Interestingly, all these skills start as a hobby, when it is honed through schooling, it turns into a career. It takes a lot of perseverance and endurance to get noticed, recognized, and sorted out of the crowd.
Bestsellers are the award winning titles that eventually emerge out of the myriads of work done by a creative person. It usually comes with intrigue because one’s bestseller might not be painstakingly done like the first few endeavours. When a creative works becomes a best seller, it will generate a lot of conversation; it will be translated into different languages; it will be aired on different media; it will be tendered for by a lot of people and the curator becomes a celebrity. Unfortunately, some creative people would have died before their works gain prominence.
Finally today, you do not have to stop being creative because you have not yet gained the desired prominence; one thing that has changed the story of many successful people is the ability to toil even when nobody sees them; they keep doing it. However, there might be a need to add a little spice it. In the endless trial, the spotlight will turn to you one day.
You will also have a Grammy award winning record; you will also be a Nobel laureate; you will also be the best actor of the Year; you will also make fortune from your creative endeavour; if only you don’t GIVE UP!
Be bold, be brave and be daring!
Cheers!
Olutayo
(c)Olutayo IRAN-TIOLA, Lagos, Nigeria