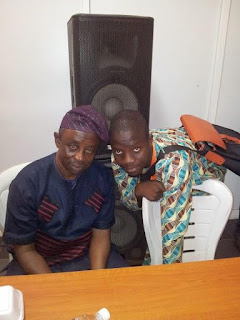 One of the most difficult tasks done by an artiste is to be a photographer or a director because you determine all that is done in the background and if care is not taken you will not receive an accolade for the enormity of the work done. The name, Tunde Kelani, popularly called TK can also be defined as Tun Kọ which means rewrite it.
In my little understanding of the man through his movie before being able to identify him; he has rewritten the story of many lives. He is renowned for discovering new talents. One of the discoveries is the great Kunle Afolayan, who has towered so high with the man. Others that I know so well also include Kabirat Kafidipe and Bukola Awoyemi, my schoolmate at the University of Ilorin. TK is unlike some dons who do not want their protégés to be great like them. You would agree with me on the definition of his name.
There was a general abhorrence for Yoruba movies especially because of the number of ‘curses’ in these movies. Parents do not allow their children watch these movies because that is the place where children learn how to ‘curse’. However, Yoruba parents’ embraced movies produced by Mainframe Productions for obvious reasons such as the moral lessons that accompany the movies; there is rarely code-mixing in the language; the portrayal of indigenous costumes; the nostalgic feel of the growth of the parents and many more. I presume that you will agree with my assertion that his name should be redefined.
Some ages ago, it was only the books of Shakespeare; Charles Dickson that was turned into movies for didactic purpose. Our thousands of writers here in Yorubaland have written epic stories that were hidden on the pages of books that have not been explored by many people. These books jumped back into life through the magic wand of TK. Such great books by Alagba Adebayo Faleti; Ojogbon Akinwunmi Isola and lately the book of Dr Mrs Yinka Egbokhare are now documented in movies. These books have become enlivened for generations to come. Do you agree with me that he is a reference point across different generations?
As a young artiste, I have had the opportunity to be at events organized by people younger to TK. TK will silently grace the occasion and not only this he would in his little way promote that event. I have a long list of events that I can mention to his surprise. This is not because I am a spy but because I can see a touch of difference in his elderly disposition to the successes of others. Do I still need to convince you about his role in this time?
The evolution of TK is also a testament to his personality. He started from the Polaroid cameras and he was not left behind in the use of sophisticated cameras. He evolved from the age of letter writing to e-mail writing; he evolved from the age of ‘aroko’ to social media. He evolved from a successful civil servant to an entrepreneur of note; he evolved from the rigidity of television production to having an online TV channel. There is no other way of describing the youthfulness in TK!
TK, the story needs to be completed on a great note as you age graciously. Please train my ‘lazy’ generation that wants overnight success the tricks of the trade. When ‘we’ get it; we will run with it and the song on our lips would be TK taught us the tricks.
With all these points, I hope I have been able to convince you that Tunde Kelani has really Tun Itan Sinema sise ni Najiria Ko.