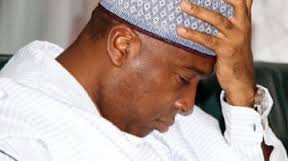 The Saraki dynasty is well known to Nigerians. The first person that came into limelight is the father Olusola Saraki, a senator (1979 – 1983) and a onetime Senate Leader of the Federal Republic of Nigeria. Olusola Saraki, popularly called ‘Oloye’ in Ilorin, Kwara State became a godfather afterwards till his son; Bukola Saraki was introduced into politics. Olusola was also an entrepreneur as he founded the Societe Generale Bank in Nigeria before it became moribund.
Before his foray into politics, Bukola Saraki is a medical doctor by training; he was educated at the London Hospital Medical College of the University of London from 1982 to 1987 and practiced as a medical doctor at Rush Green Hospital in London. He was also on the board of Societe Generale Bank.
Bukola became the special assistant on budget issues to President Olusegun Obasanjo, former president of the Federal Republic of Nigeria in 2000. However, there was tension between the Governor of Kwara State, Rear Admiral (rtd) Mohammed Alabi Lawal and Olusola Saraki. At the end of the four year term of Mohammed Lawal, Bukola was field in to contest on the platform of the People’s Democratic Party (PDP) and he defeated the incumbent governor. Dr Saraki became Chairman of the Nigeria Governors Forum in 2007. Under Saraki’s Chairmanship, a reformed Forum was established, with a fully resourced secretariat, with a technical and administrative division that was entirely focused on delivery. He was the Governor for two terms that ended in 2011.
As a student of politics under his father, Bukola played a political game with his father who wanted his younger sister, Senator Gbemisola R. Saraki to succeed Bukola in 2011. Bukola put up his team which was constituted by some of his cabinet members and the elections was in their favour. Bukola became a Senator of the Federal Republic of Nigeria taking over the position left by his sister and this was a systematic unleashing of his political prowess which prepared him to succeed his father’s political influence.
Strategically, Bukola and his political masterminds joined the All Progressives Congress (APC) before the 2015 General Elections. Bolaji Abdullai, one of his allies, was fired by President Goodluck Ebele Jonathan during the 2015 election campaigns when Abdullai was not openly supporting the President when the campaign train berth in Ilorin. 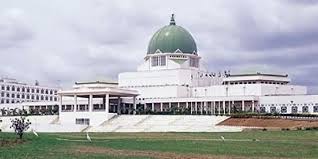 The APC had the opportunity of taking over leadership positions in the National Assembly. Political analysts came up with the allotment formula for the offices because of the zoning of the political offices. However, Bukola Saraki played a very fast one on other members of the APC by aligning with members of the PDP and he emerged as the Senate President unopposed. There are great assumptions currently in the political spheres that he might still join boats from the APC if he assumes the tide would be favourable.
Bukola has not been without his share of allegations. The most recent of it is the Code of Conduct Tribunal (CCT) that alleged that he did not declare his assets correctly. According to the Senate President, it is a political crucifix to unseat him as the Senate President. Many Senators keep thronging after the Senate President whenever he goes to the tribunal. The case has been deferred till the March 18, 2016.
Some other allegations include his dual citizenship of being a Briton and a Nigeria; the remote-administration of Kwara State. Many people believe that the current governor of the state, Alh Abdulfatah Ahmed is a stooge for Bukola Saraki.  Also, the bankruptcy of Societe Generale Bank is believed to be the handiwork of the Saraki family.
Bukola Saraki has the tendency of orchestrating another fascinating revolution just like Asiwaju Bola Ahmed Tinubu. Nonetheless, Nigerians want leader with clean reports, as all fraud committed in the past is now being visited by the anti-graft agencies, it is believed that the anti-corruption crusade of President Muhammadu Buhari would give birth to a new Nigeria where development can be at a faster pace.
(c)Olutayo IRAN-TIOLA, Lagos, Nigeria