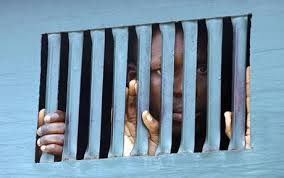 The Nigerian Prison system is in dire need of reformation as successive government has not given sufficient attention to this unique environment that should be a centre of reformation but it has become the centre for production of hardened criminals.
The Old Colonial Prison on Broad Street in the heart of Lagos was one of the oldest prisons in the country, where those who do any wrong against the reign of her majesty’s government in Nigeria are kept. The prison was initially built from mud and grass thatch in 1882. It was rebuilt using bricks imported from England in 1885 as anti-colonial activists kept setting it on fire. Prominent Nigerians who wrestled for Independence once suffered incarceration at this location that has been turned an art centre that attracts people from all walks of life and it is now called Freedom Park.
The Nigerian Prison system has respect for the sexes; male and female prisons are partly separated. Also, the prisons are divided essentially into the Maximum and the Medium Prisons while Detention Centres are managed by the Nigerian Police Force.
There are many disheartening tales about the Nigerian prison system which is hinged on other factors beyond the control of the Federal Government paramilitary organization, as no state has a prison. As Nigerians are serving jail terms in other countries; so are other nationals serving jail terms in Nigeria. These are predominantly Africans and some Arabians. However, the State Government, Non-Governmental Organizations and well-meaning Nigerians have supported the system over the years. 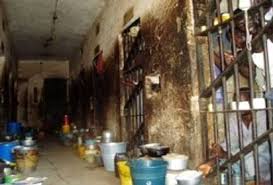 There is an unending complaint about congestion in Nigerian prisons. Unfortunately, many of those who are in the prisons are ‘awaiting trial’ and not yet convicted of a particular crime. Many people have been wrongly accused of perpetrating a crime that they know nothing about and they have not been tried for years. There are a few lucky ones whose relations know they are there because many of them are assumed to be dead. A cell that should accommodate 2 inmates now houses about 15 people.
However, the state of congestion can be blamed on the Judicial System of the country. The dispensation of justice is usually prolonged, as such; many people do not get discharged and acquainted in good time despite being innocent. This needs to be addressed in good time in order to reduce the level of congestion.
The aftermath of congestion include jailbreak which has happened in some prisons in Nigeria most especially between 2013 and 2014. States where the jailbreak happened are Ogun, Ondo, Bauchi, Lagos, Kogi, Ekiti and Niger States. The Nigerian Prisons System is operated as a community from the Comptroller- General to the wardens. However, it is noteworthy that the number of staff needs to be buffered. The shortage of staff is also included in the availability of healthcare facilities to the prisoners.
Insurgency has also added more people to the prison system in the country. There are many arrests that have been made, nevertheless, there is no dedicated prison to all those arrested. They are scattered all over the maximum prisons in Nigeria but not in the medium prisons.
The spate of corruption has warranted that people should be incarcerated after mismanaging the national treasury. Recently, the former minister of Interior, Abba Moro, was remanded in prisons. However, there are also allegations of selective VIP (Very Important People) treatment to former political office holders and their allies based on ‘Order From Above’ etc.
The Nigerian Prison System needs to be revamped if it will not be a breeding space for hardened criminals who will commit more heinous crimes after completing their terms in prison. Also, the lives of the staff of the paramilitary organization should be protected as they are faced with life-threatening situations frequently.
(c)Olutayo IRAN-TIOLA, Lagos, Nigeria