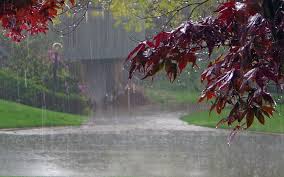 As farmers in the hinterland are desperately eager for the coming of the rain so that different farm produce may blossom for their economic gains. People in Lagos are looking forward to it with mixed feelings.
This is the period of the year when people assume it is best to change accommodation because one would know the water logged areas and the areas free from flood. On the contrary, it is a time when the boreholes and wells (individual effort at having good access to water) have sufficient water and it makes it difficult for people to know if the house has water supply at all times.
Lagos is currently congested as the number of new entrants into the city keep increasing on daily basis. As such, the capitalists keep building edifices on any available space. All the floodplains have been converted to residential estates. It becomes difficult for residents of these houses not to experience perennial flooding.
In the same light, the level at which sand-filling is currently done in Lagos is akin to sitting on a key of gunpowder which may explode sooner or later. Many places starting from Iyana Oworo, Ikoyi, Victoria Island, Lekki Phase 1 has all been sand-filled to create beautiful neighbourhoods. Recently, the Eko Atlantic City, which is under construction,  has displaced the Bar Beach. This is another way of distorting the ecosystem. People are being agitated about this because it can equally lead to a tsunami and obviously, the Nigerian Emergency services might not be able to handle such natural disaster.
Another ugly act that compounds rainfall annually is the wrong waste disposal method. People are used to emptying their bins into drainage. The creeks, lagoons and beaches are filled with filthy items. As the saying goes, “water would always find its level” but as it finds its level; it has some devastating effects.
Improper maintenance of some road infrastructure has also contributed to flooding. Some of the drainages on the road have been blocked by sand particles or rusted as such water cannot easily flow through it. All of these should be looked into by the road maintenance agencies. Lagos, particularly, should be more proactive than reactive to the rains.
The rainy season is approaching with the usually fright. However, it is our  collective responsibility to ensure that lives, livestock and properties are safe from any form of destruction during and after the season.
(c)Olutayo IRAN-TIOLA, Lagos, Nigeria