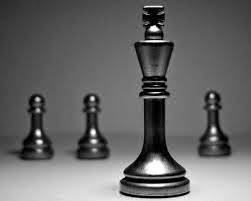 As traditional of me, I am saying in Yoruba language, My People. I hope you enjoyed your weekend? Mine was full of activities with my family and friends. It’s always great having time out with them regardless of the adjoining challenges which still makes us know that we are men. I see the fun associated with it then the pain.
When I was younger, I had some big brothers that  usually call by name. At some point, even when I was corrected and told to call them “brother” as we do in Yoruba culture to show respect. It is rebuffed. As time evolve, nobody called my attention to it again; I succumbed and since then, I added the appellation, “brother” with all pleasure.  Let’s do today’s discussion, superiority struggle versus superiority discovered.
Superiority struggle is a situation that we usually create ourselves. We assume that the person ahead of you is just few metres away and you do not need to appreciate or acknowledge the superior. The Yorubas have a saying, “A’fi agba fe nikan ni o jeki aye o gun” literarily meaning, not acknowledging superiority created an imbalance world. The struggle for superiority is associated with envy, hatred and disdain. The last saying associated with this is, “Ota eni ki pa odu Oya”literarily meaning, one’s enemies do not kill big games.
Acknowledged superiority is when you have accepted the superior officer. You would acknowledge his expertise, his dominance, his experience, his bravery and ability. At that point, you would submit to the authority of that person willingly. Acknowledging superiority of a person or officer has passed the era of competition, argument and rivalry. “O ti gba loga” meaning you have acknowledged him as the boss.
What is the drift of today’s discussion, I wish that you develop your expertise to a point where it cannot be faulted. I pray thee to be grounded in the craft that you are involved in, I desire that you become an authority in your deeds. Grow to a point where you do not struggle for superiority but your superiority is acceptable without complaint.
Have a blessed weeks.

Yours in Versus series