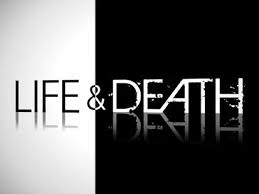 It is no news that the gubernatorial candidate of the All Progressives Party in Kogi State, Abubakar Audu is dead. It is such amazing to hear that he passed on shortly after the election was declared inconclusive on November 22, 2015. May the Lord grant his family the fortitude to bear the loss. However, this should be the beginning of better health consciousness as medical sciences had advanced greatly.
Many people pay little attention to their health because of their various pursuits. This is the basis of varying health challenges that leads to early death, unfortunately, some of these illnesses start early in life. There are a lot of habits that are cardinal to ill-health in our days, elitist habits that leads to elitist diseases and this therefore ruins successful families in few months.
When people are pursuing a certain goal; the drive to attain that height would not allow them to consult their physician neither would they stick to their routine if there was one prior to that time. There is a delicate need to balance our drive and our health.
Also, there are many hidden illnesses that the body accommodates and it might not be obvious to the eyes till the body finally gives in. Recently, there has been sudden rise in the cases of hypertension and diabetics among people in their thirties because the level of stress that they face in cosmopolitan cities such as Lagos, Abuja, Port Harcourt especially.
Another challenge about people’s health includes the unavailability or sparse availability of right diagnostic medical equipment. This makes people travel from one vicinity to another to get diagnosed of what their ailments they have or to see a specialist doctor. There is a need to revamp the medical system of our country as a whole so as to stem the tide of medical tourism.
People who thirst for political power and material power but have health challenges should be interested in managing their health if they intend to live longer. There are many ailing people who assume that their health is secondary after power is acquired. Ironically, it takes good health to enjoy a political office and make the best of amassed wealth.
There are two methods that should be adopted; there should be a health screening for people who want to go into political offices. When the health status is ascertained; then they can contest or occupy positions. People should not hold offices that their health cannot stand. It was once honourable to a Kingmaker, Godfather or mentor to people but now, everyone wants to take up the position themselves.
Equally, there should be a retirement age for political office holders. The country cannot keep parading frail people as the ones who would hold political offices. In the 2000s, we have had a lot of people who had died in the course of ‘state-service’ which is usually for personal aggrandizement. This frequency of deaths has shown that the new generation is not being prepared for the future of this nation.
Currently, in our nation, we have these categories of political office holders; the retirees, the children of political parents, ‘second-comers’, the ‘anointed by the godfathers’ etc and hardly would you find a fresh-entrant who is not constrained to a corner of the political hierarchy, for those who want to challenge the status quo, they have all been eliminated.
Death is imminent for every mortal but our pursuit can be deadly when we ‘underrate’ our health. Our health is the bridge to long life and great attainment. Equally, it can be the gateway to early death and unfulfilled dreams. People who aspire for any position needs proper evaluations before putting their feet forward for these offices.
Olutayo IRANTIOLA
23 Nov 2015.
(c)Olutayo IRAN-TIOLA, Lagos, Nigeria