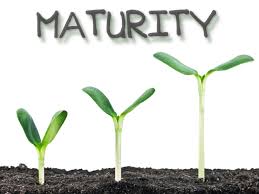 Ikot Nyin,
This means “My People’’ in Efik language of Cross River State, Nigeria. Hope you had a great weekend? I deliberately rested during this last weekend so that I would be refreshed for a new week. Just an appeal, I know that this age is fast moving but regardless of that; we need to take a step at a time, so that we do not end our life abruptly.
Many a times, when a son is being driven to a distant farm by his father; he would usually complain and would be comparing himself to his friend that farms nearby the community. He would not appreciate the ‘hard’ training for maturity. The same also goes for a girl who resides with her elder sister, she would learn how to nurture a child from birth; she would not appreciate the training until she starts to give birth and she finds the process smooth. That is life for us!
Preparation for maturity is a state in which you great trained ahead. It is usually tasking to accept all the preparation. Like the examples stated above, the duo would be feeling cheated and maltreated but they would not appreciate this early investment into their lives. Also, getting prepared during the formative years makes such activity turn into a norm as compared to learning it later in life. When one has been prepared for maturity; he would be above his peers and not a ‘rookie’. Be it career preparation or family, one should take the lessons consciously.
Practical Maturity is a state in which someone who has not been prepared learns on the job! An untrained boy who has to farm later in life would learn it but would lose the ‘fun-filled’ part of the learning process. When one is maturing in practice; there might be some expensive damages that might be beyond repairs. The complaint is heightened as someone that has learnt it over the years and wisdom will separate such person from others.
The crux of today’s discussion is that parents should still prepare their children for maturity and not commit it all to the teachers. Children should accept equally accept the trainings with open hearts. The lessons needed for a successful life might not be learnt only in your father’s house or in the classroom; there are a lot to learn on the streets; from relatives and religious organizations.
Pampering children is good but raising grounded children is much better and having a society that is well-cultured, the best.
Enjoy your week.
Cheers!
Olutayo
(c)Olutayo IRAN-TIOLA, Lagos, Nigeria