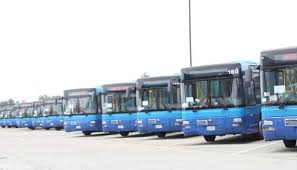 The advent of the Bus Rapid Transit ( BRT ) has become more valued by people since the introduction of the new price regime. People have now valued the system as it is now cost effective to hop from one bus to another than driving in Lagos traffic. The government can now be now optimize the BRT for the benefits of Lagosians.
The lackluster attitude of the pilots (drivers) of these buses need to be addressed because they are predominantly nonchalant in the discharge of their duty. They take routes that they should normally not take thereby making many people late at arriving at their different places of work.
The mega city status of Lagos can be consolidated through the timing of buses. In advanced countries, commuters have an idea of the time when buses would depart from the various bus stations. This is the time for BRT operations to know when to leave and depart bus stops. This will also redefine the ‘African Time’ idea that is associated with Lagosians.
The reconstruction of the Ikorodu road corridor of the BRT is equally a step in the right direction. However, the project needs to be complete in record time so that the traffic snag on that road for BRT would become a time of the past.
At this stage, the bus system should be able to cover the entire city of Lagos. Currently, the service has limited coverage of Lagos. Asides, Ikorodu road that is covered extensively; there should be a bus stop from Berger end of Lagos-Ibadan Expressway to Iyana-Ipaja and from Ketu to Oshodi.
The public private partnership model model of developing the transport system must be maximised and refined to the benefit of tax payers in the city. The ticketing system must be unified that a ticket bought at Ikorodu can be used at Oshodi to Iyana-Ipaja with ease.
The opportunity provided by the new pump price must be maximized so that people would appreciate an efficient and organised transport system that is simplified by technology. Lagos Metropolitan Area Transport Authority (LAMATA) should surpass the defunct Lagos State Transport Commission (LSTC) that existed in the 80s.
(c)Olutayo IRAN-TIOLA, Lagos, Nigeria