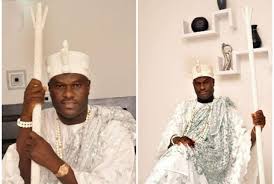 There has been a dynamic twist of occurrences since His Imperial Majesty, Oba Enitan Adeyeye Ogunwusi,Ojaja II, Ooni Ilẹ̀ Ifẹ ascended the throne of his fathers. He has changed the perception of people through his Modernist type of leadership for the entire Yoruba race and he has been scored high by all and sundry within the first three months in office.
The first media interview that His Imperial Majesty granted to Television Continental crew was where he pronounced the name of the town correctly as Ilẹ̀ Ifẹ which means Ife land. He backed it up with the explanation that the world expanded from there as described in Yorùbá mythology. It is very important for traditional rulers to ensure right pronunciations of important antecedents relating to their communities are known so as to avoid wrong definitions by those who do not know about it. 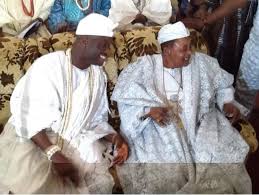 Another impression that the Imperial Majesty has given is that he has perception of people about the traditional throne. The worldview of Oba Ogunwusi has made it evident that conservative stools have been liberalized to bring development to the community, the state and the world at large. His decision to invest in Ilé Ifẹ̀ is a testament to his belief that every community has the potential of growth if the right infrastructure is put in place.
The historic visit of the monarch to Oba Lamidi Olayiwola Adeyemi III, Alaafin of Oyo and Oba Sikiru Kayode Adetona Awujale of Ijebu depict that ‘siblings’ can cross all hurdle looking around for one another. If all the Kings keep claiming supremacy in their domains and traditional stance associated with the stools remained, successive governments would keep ‘cheating’ the entire race. The visits do not imply that the position of the Ooni has been compromised and thus lost authority but it makes the throne more formidable. The move of Oba Ogunwusi has shown that it is a collective task to unify the Yorùbá race. 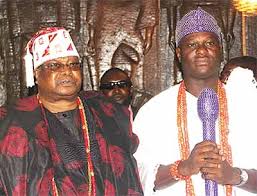 Different entourage ranging from politicians, business moguls, civil society and even private individuals had visited the monarch. This has further made that the town ‘Ilé Ìfẹ́’ meaning the land of Love. The love that the monarch has shown to people before ascending the throne; his social status before ascending the throne; to monarchs in the country is being reciprocated and Ilé Ìfẹ́ is becoming more lovable. Oba Ogunwusi has equally shown love to Modakeke, a rival community, with the intention of finally burying the hatchet that has led to recurring violence. It is generally believed that the King has changed the perception of traditional institutions and the media who know about the acrimony that has existed for centuries.
The Ooni of Ilẹ̀ Ifẹ is currently on global spotlight for his selfless innovation to the benefit of humankind that is evident across communities, nations and the globe at large. May Oba Ogunwusi’s noble intention keep growing to the delight of his subjects. (Ase).
Olutayo IRANTIOLA
1st February 2016
(c)Olutayo IRAN-TIOLA, Lagos, Nigeria