November 14, 2014 by Peodavies_office
0
Yoruba language enthusiasts gathered in the premises of the late Pa Thomas Akindele Adeniji  Ladele to celebrate his demise in a night of spoken words and dance strictly in Yoruba language tagged, Asale Asayan Oro, to give a befitting burial to the late writer. It was an event garnished with Literary Salute like it is done in the military.
Welcoming people to the event, Arch Abraham Iyiola Ladele revealed that the event was designed to portray what their father stood for culturally while he was alive. He noted that his father’s demise is a challenge for others to take the rightful position to keep the culture aglow anywhere in the world.
“Baba Ladele has passed on and he handed over the baton to us with the challenge that this culture must not die. This celebration is largely artistic and it would be an entertaining evening that would spur cultural renaissance,” he added.
The Programme Chairman for Asale Asayan Oro, Oyeleke Odoje said that the event is throwing a challenge to the Yoruba writing community to learn to celebrate the early writers both while they are alive and even in death.
He continued, “Baba Ladele is a colossal Yoruba writer and we must treat him as such; we cannot afford to commit him to mother-earth without adding some literary funfair. Some of his works that be showcased tonight are aspects of culture that he has worked upon. Soldiers give gun salute to their veterans; we are giving literary salute to the writer.”
While speaking in a chat with the Programme Secretary on the selection of the performers, Olutayo Irantiola, he said, Baba Ladele is a man of distinction in all areas of human endeavor and those performing tonight will be from the different areas.
He said:, “The performers for the event include, his former students, one of which is Mr Kunle Afolabi, Retired Deputy Director, West African Examination Council, Ghana; Mr Sola Akande, a Yoruba cultural and CEO, Yew Prints, Ibadan; Students of the Yoruba Language Society from the University of Ibadan and Adeyemi College of Education, Oyo, African Concept Troupe, Ibadan and his grandchildren also.”
The atmosphere was filled with chants such as Ijala, Rara Sinsun, Esa, readings were done from his books he authored and different Yoruba dance steps to the admiration of everyone present.
Baba TAA Ladele, the author of Je N lo Gba Temi, Igba Lode, Ibi Aye Nyiand other cultural books. He passed on at the ripe age of 94 in the month of August, 2014. 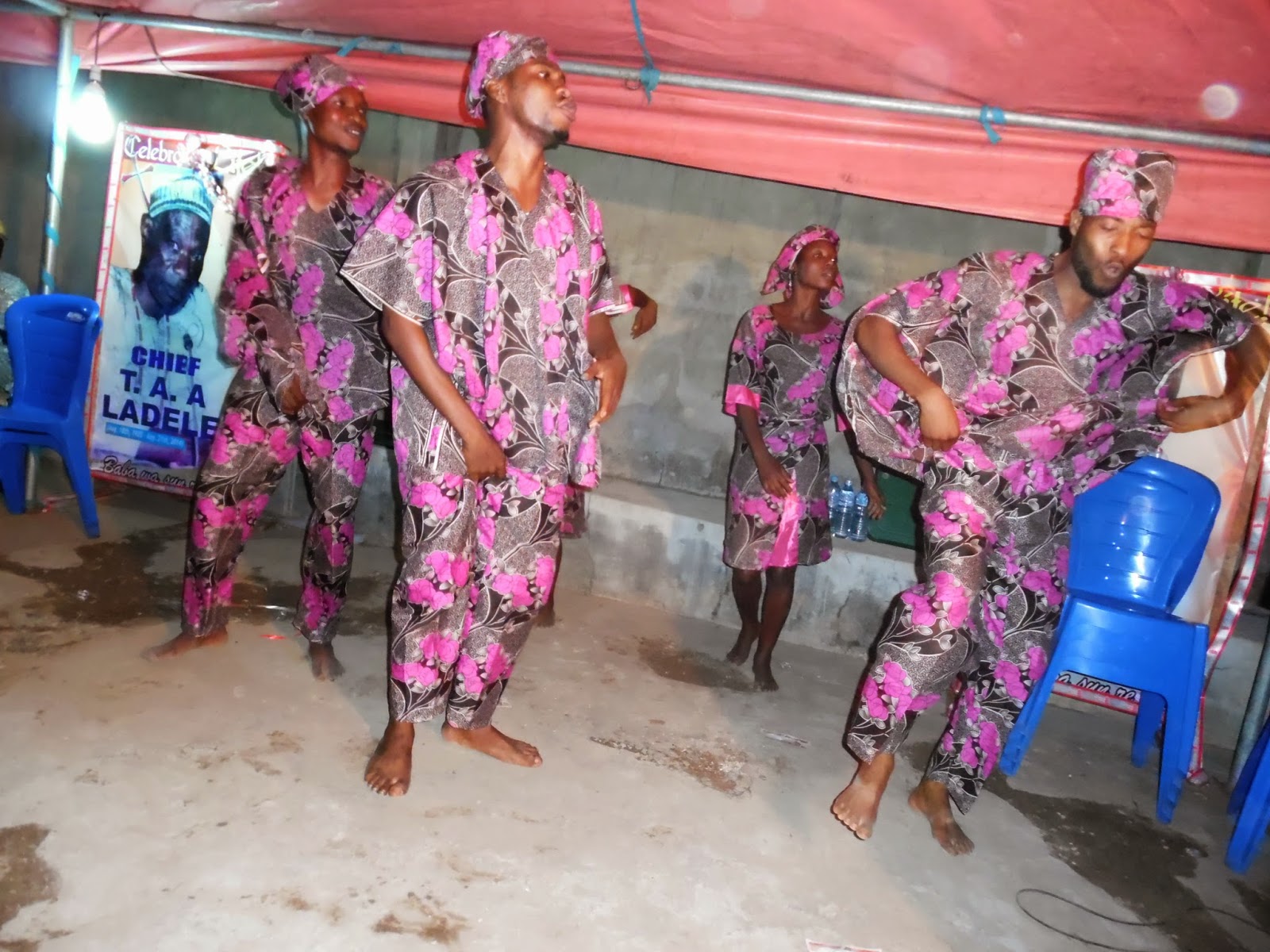