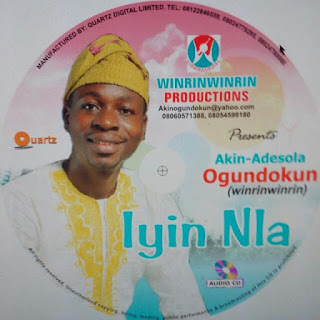 Album title: Iyin Nla
Artiste: Akin Ogundokun aka Wirinwirin
Year: 2016
Reviewer: Olutayo Irantiola
Different genre of Yoruba music has been relegated to the background; some of which include Ijala (the hunter’s song) and Apala, but there are some exceptional people like Akin Ogundokun popularly called Wirinwirin have taken time to study and come up with a gospel album using these genres.
The 45 minutes album with 6-track opened with an Ijala track that extols God and thereafter prayed for a meaningful life. The second track, which is the longest in the album, is also full of praises with original songs; he spiced the track with well known choruses in English, Igbo and Pidgin that he sang in with Apala. The third track is about the greatest gift that nature bestows on anyone which is a child; it is equally a prayer for those praying for the fruit of the womb.
The fourth track of the album is very creative in its mix of Yoruba and English words with a Yoruba hymn in Apala. The fifth track is a prayer for all categories of road users: pedestrians, riders and all automobiles drivers. The sixth and the last track is for his alma mater, Obafemi Awolowo University, the leadership of the institution, as at the time of going to the studio, his lecturers and his fans.  This album equally gives rise to the Apala variant of the school anthem.
As a whole, the album is full of lyrical rhythms typical of the Yorubas and prayers which everybody desires. Each track is peculiar and different people would easily identify with it. The music compilation is ingenious and engaging. This album is a revival of the genres that people have missed for some years because many gospel artistes have not excavated cultural genres and present it to people of our age in an appealing form. Kudos to Akin Ogundokun for serving us this lyrical ‘meal’ for consumption at this point which is a sequel to his first album.
11th January 2016 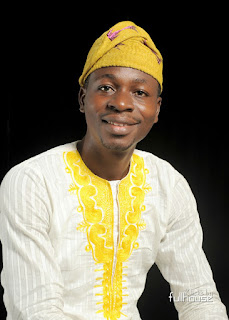