Ghana Must Go is such an interesting romantic comedy about Ama and Chuks, a Ghanaian lady who met a Nigerian man in London while they were both on postgraduate studies. The father of Ama who is a  retired Army Brigadier General, Alex Scanda, vehemently opposed the marriage of the duo who had gone to a registry in London. The General drove him to the airport in Accura in annoyance.

Both Chuks and the Army General discussed the history of the Ghana Must Go.  Chuks explained that the Ghanaian government pushed Nigerians out of the country in 1969 while Nigeria did same in 1983. The army general expressed his  his rage whenever he sees those bags.
Osofia in his usual comic nature got into the scene to appease to the impending in-law in Accura where he called Ankara while his wife corrected him that they are in Akara. He went in hundreds of Ghana Must Go bags, a goat and chicken.
The play changed its course when Osofia and his wives met their father in-law, Alex. The General told his daughter that he was not happy with the turn of events. Chuks appealed to his father in-law about what he has brought on the family.
Ama prepared banku and tilapia soup. Osofia made jest of the food that eventually purged the entire family. That caused an issue between the two fathers who engaged in physical combat while the children came to separate them. After Osofia learnt that the General ‘s anger was based on his animosity for Nigerians, he also flared up but was appeased by emotions expressed by his daughter in-law.
The humour is great, the love between Ama & Chuks is obvious, the acrimonious relationship between the fathers and the historical antecedent cannot be overlooked. Visit the cinemas in Nigeria from June 10 2016 to have a feel of this intriguing movie.
Herein are pictures from the Lagos media screening 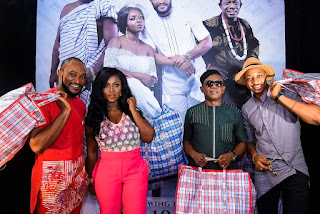 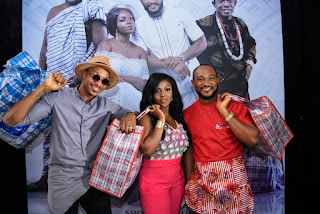 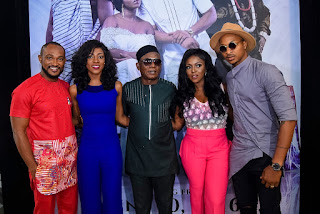 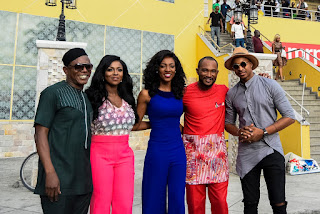