September 24, 2016 by Peodavies_office
0
Grace Adenekan, popularly called Akorin, will be launching her debut gospel album and video tagged “Bigger than the Biggest” on the 1st of November, 2015 at the Centre for Management Development Hall, Magodo, Lagos.
In a statement, it was unveiled that Grace Adenekan has been a gospel artiste for many years; she started out as a youngster in the church choir and has since then followed her passion by proclaiming the gospel through music.
The album has 8 tracks has been done in partnership with her husband, Kehinde Adenekan, who composed and co-arranged the music with Segun Joshua. Akin Jazzy, featured in the track that the album is named after ‘Bigger than the Biggest’, the album is produced by Saxy; EMX mixed the track, ‘Sope’ and directed the video.
Currently, one of the songs titled ‘Most High’ has been trending on Youtube in recent times. Some of the A-list gospel artistes billed for the launch includes Kenny Kore, Mike Abdul, Pelumi Strings, Nixon Sax and Ann. 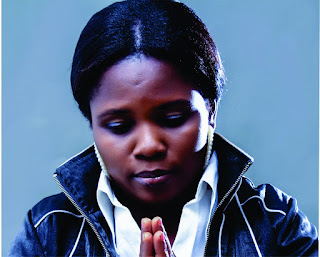