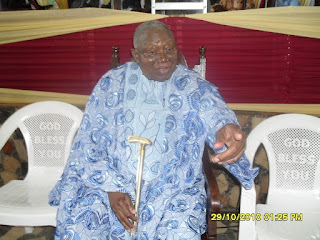 The 26th day of January 2016 has taken a new turn in the annals of history as High Chief Sunday Adewusi, Asiwaju of Ogbomosoland took a noble bow to join the ancestors at the age of 79. I am not in the capacity to recite his profile but I can share my experience with the great man of repute.
Chief Adewusi was a member of First Baptist Church, Okelerin, Ogbomoso and my grandfather, Revd John Adegoke Okesiji was the church pastor from January 1968 to December 1998. I can recollect that whenever we went for holidays and there was a course to travel to Ilorin; Grandpa usually visited the home of Chief Adewusi. Chief Adewusi was a lover of people from all spheres of life: his clergy, the young, the old, the socialites and the affluent.
As an undergraduate, I heard about Chief Adewusi from one of my lecturers- late Professor Sam. A. Adewoye; his relationship within Ilorin people, where he resided; his relationship with Ogbomoso people resident in Ilorin and his desire to see his homeland, Ogbomoso grow in leaps and bounds. This further strengthened my interest in him. 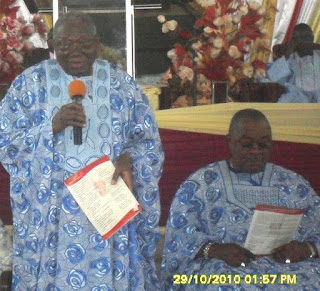 After I took to writing, as a hobby, I decided to write the biography of my Grandpa; I wanted Chief Adewusi to contribute to the book. I sent him a letter to introduce myself requesting that he should write what he knew about my Grandpa. I waited endlessly and got no response; in boldness, I picked my phone and rang him up. He responded affirmatively that he saw the request but I have to come to interview him. I booked an appointment with him. I went to visit him and he was (grand) fatherly in his disposition to me that day. He supported my vision in his little way.
Towards the time of the book launch, October 2010; Otunba Christopher Adebayo Alao-Akala, former governor of Oyo State and ADC to Chief Adewusi when he was the Inspector General of Police, requested that Chief Adewusi should be the Chairman of the occasion. Who was I to object? A little dignified boy like me loved the idea. The programme was a grand success courtesy of all the people in attendance. 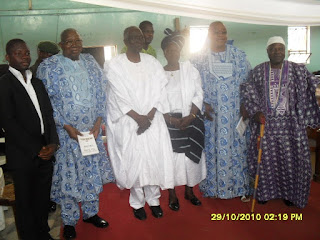 Chief Adewusi, did not rest on his oar after retirement as he took to farming that employed many able Nigerians. I recollect that I was once a part of the facility tour of the vast plantation that is sandwiched between the old and the new road from Ogbomosho to Ilorin and other agricultural investments. He had what would feed him till yesterday but still gave people the opportunity of earning a living through his benevolence.
The big masquerade has bowed out honourably out of this enclave and it behooves us to ensure that we leave a great impact upon the sand of time within our limited lifespan. The good men do live after them. May Asiwaju sleep on peacefully as your works live beyond you!
Good night, Asiwaju!
Olutayo IRANTIOLA
January 27 2016.
(c)Olutayo IRAN-TIOLA, Lagos, Nigeria