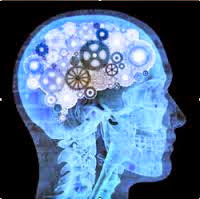 I decided to address you as such because it takes a great mind and a great personality not to get tired of my endless weekly writings. I am glad to share my thoughts and view with you today. I pray that it will be a great week for us this new week.
It is a known truth that lazy people are usually referred to the ant to consider its ways. How the ants gather during the dry season and remains in the hole throughout the raining season. However, there is a difference between animal instinct and human reasoning.
Animal instinct, as I define it, is the response of animals to things happening around them. From what we have learnt from childhood, animals do not have the opportunity of reasoning things like men do. Animals have their way of understanding the weather and scamper for safety among others traits. Animals know how to detect danger, know when to attack and when to flee.
Human reasoning is that part of man that distinguishes him from other animals. Although, man has been described as a social animal, political animal and also as higher animal. I do not like the word animal for man. Human reasoning sets man apart, he has a thinking faculty, he has conscience, he can reason, he can imagine, he can decipher, he can express himself among other features that other animals do not possess.
I hinge today’s discuss on two basic things:
one, why should man look to an animal to take examples. Do we keep saying nature is wrong and we do things that are of no benefit to mankind? Man should think better and do things right than other animals. There are specific acts of man that it is obvious that they got it from animals which is obvious from the naming. All of these are from our reasoning but we should look better. Nature has done it right by making man to work upright as such, he should do things rightly. We have picked wrong lessons from feeding our minds with illicit books, films and experiments. I will say it expressly:  “I have the right to do anything,” you say–but not everything is beneficial. “I have the right to do anything”–but not everything is constructive. I Cor 10:23, NIV.
Two, why is it that man expresses themselves in cruel ways through killing of one another, fighting one another. It will be described as an act of cruelty but it also means that man is making himself lower. Man is supposed to be of better moral conduct to other men, animals and in fact, nature. Our reasoning allows us to do constructive things but we like to dwell more on the destructive things. Why do we delight in being wicked?
We have a choice to do things right by reasoning as men or keep our morals lower than that of animals.
As for me, I will do my best to be a man that reasons and reasons right.
Have a nice week ahead.
(c)Olutayo IRAN-TIOLA, Lagos, Nigeria